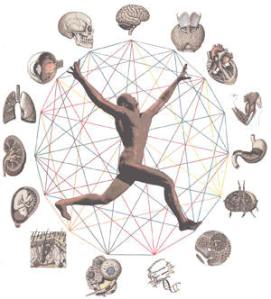 The inner ebb and flow

Jessica has been trained as a physiologist for the past nine years, working in a variety of different settings. She completed a bachelor’s degree in biochemistry, minoring in sports medicine, at Pepperdine University in 2010. While obtaining her degree, she was involved in research investigating how the body controls the return of b

lood from the peripheral circulation to the heart. Following graduation, she had the privilege of working with a psychiatrist, helping to grow and administer a new therapy program for patients suffering from depression, anxiety, and other psychiatric illnesses. After helping establish this program, she moved to San Diego, where she earned a Master’s degree in exercise physiology from San Diego State University. There, her focus was on the biochemistry of both exercise and nutrition. During this time, she was lucky enough to conduct research on the physiological effects of several styles of military training, as well as to produce a novel paper on the physiological responses to Bikram Yoga in new and experienced practitioners. After completing this work, Jessica realized she wanted to pursue an even deeper understanding of the human body, so she moved to Boston to complete a second Master’s degree in human physiology at Boston University. During this time, she expanded her knowledge in several realms of basic science while gaining a greater understanding of how airway smooth muscle and vascular smooth muscle physiologically respond to various life stressors.

Jessica has also been an athlete her entire life. She started swimming at age seven, trained with a national team at the US Olympic Training Center in Colorado Springs during high school, and went on to swim for a NCAA Division I team in college. During this time, she was able to learn from some of the top trainers and nutritionists in the country. Training
at this high intensity for over a decade provided her with a complementary, experiential education, which allowed her to begin drawing connections between her academic and athletic backgrounds.

However, it was not until Jessica took up a consistent yoga practice in college that she truly began to see the deep, interconnected nature of her athletic and academic training . From the moment she stepped into her first class, she knew yoga would be an influential force throughout her life. During class, she would find herself repeatedly making connections with what she was learning in the academic realm to things that would surface, both physically and mentally, during her practice. These connections solidified her belief in the power that a yoga practice can have on our lives. Therefore, she has developed a passion for raising awareness and understanding of how our bodies and minds can benefit from yoga and the yogic lifestyle.

2 thoughts on “About the Author”